Send as an email today! 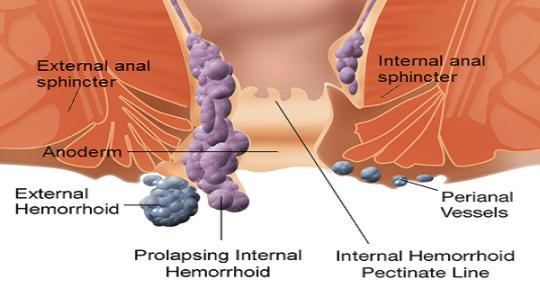 Hemorrhoids in essence are swollen veins around the anus or within the lower rectum. It’s pretty common for adults; about 50% experience it to some degree by the time they reach their 50s. Hemorrhoids are known to be caused by straining during a bowel movement, complications from chronic constipation, sitting for long periods of time, and even by a family history of hemorrhoids.

1. A lot pf people believe that only those between the ages of 45 and 65 can develop hemorrhoids, however, while geriatrics are more susceptible to developing them, hemorrhoids can be occur at any age due to one’s poor diet, lack of exercise, straining on the toilet, and sitting for extended periods of time.

2. The notion that hemorrhoids are caused by one sitting on cold/concrete surfaces is a myth. However, sitting anywhere for long periods of time can increase the risk of development.

3. An especially common misconception about hemorrhoids includes the idea that they are permanent. Hemorrhoids are NOT permanent. They’re a variety of treatments one can undertake including ice packs and hemorrhoid creams for mild cases, and removal of the hemorrhoid via hemorrhoidectomy or rubber band ligation for severe cases.

Find us on the map

For Kissimmee, Oviedo, West Orlando and Sanford Location: Please call our office for dates and times we will be at this location.